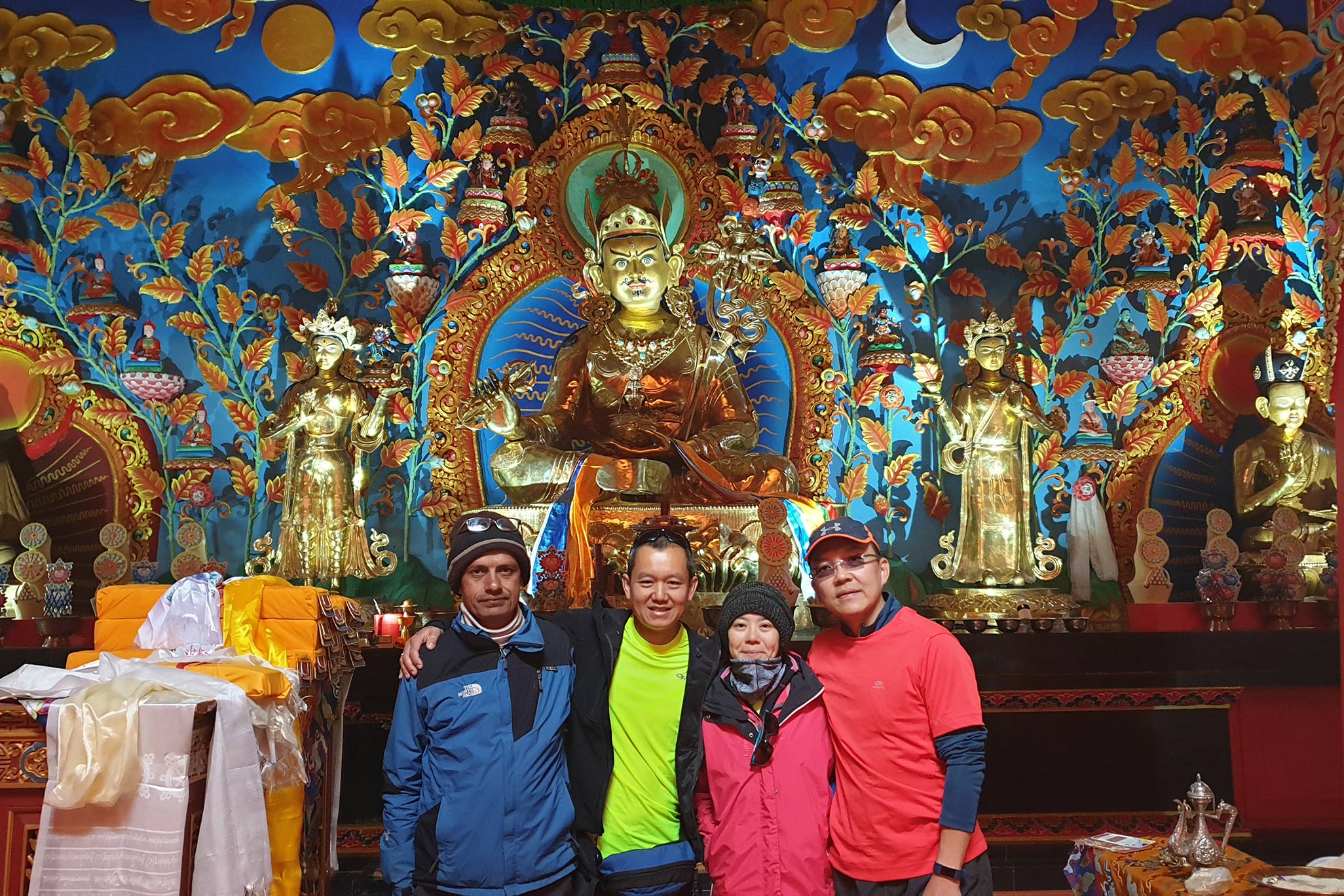 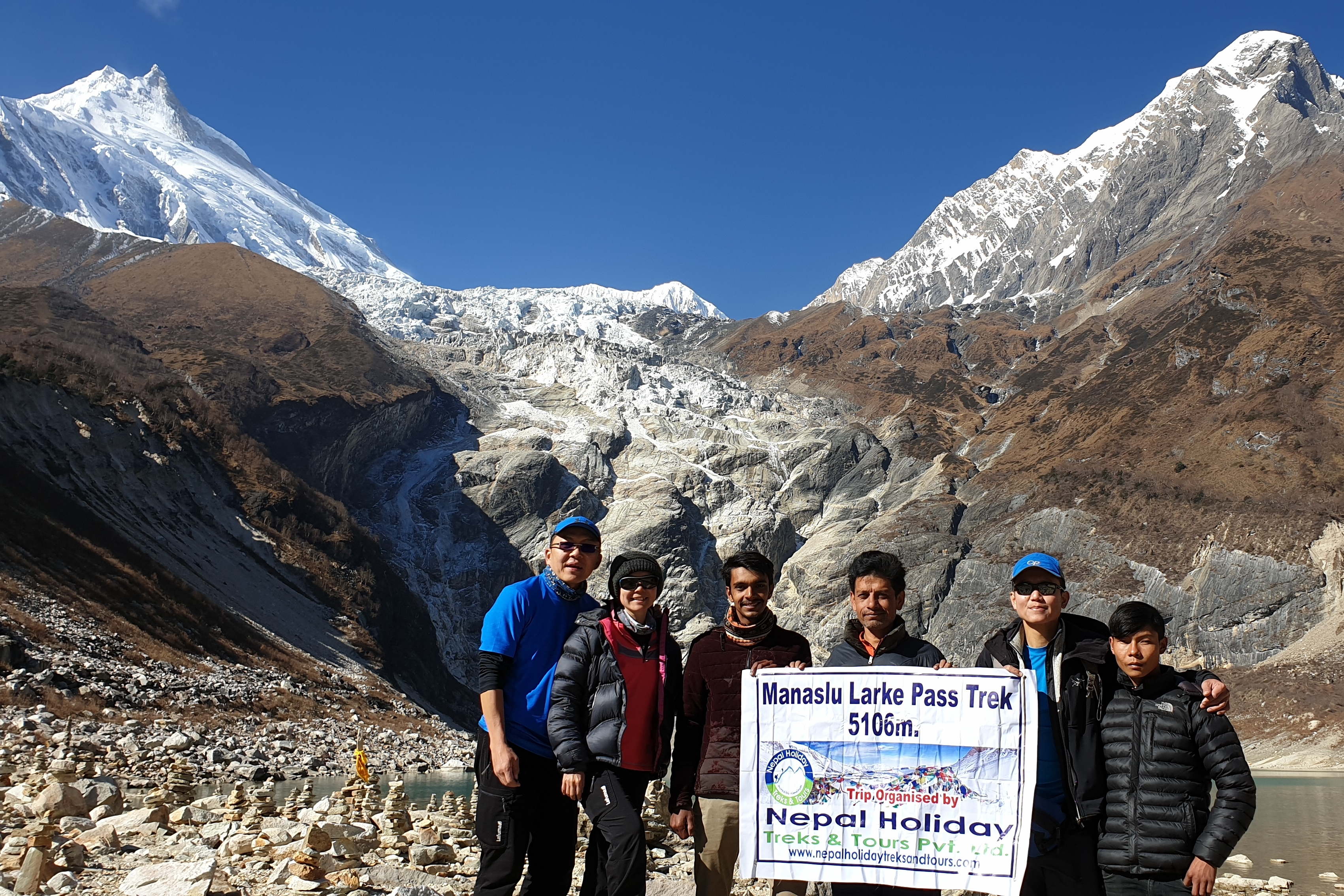 Manaslu and Tsum Valley Trek in this geographically extra spectacular and culturally most mesmerizing area, that rewards the trekkers to discover ultimate nature and cultural heritage and experience the mountain lifestyle in Tsum Valley and Manaslu. Normally the best months for this trek are September, October & November during the autumn season and after mid-March, April & May during the spring season. Come and join the team of Nepal Holiday Treks and Tours to trek through the off beaten paths of this blossoming and profound region with our experienced staffs. Truly a trek you won’t forget!

“Wilderness is not a luxury, but a necessity of the Human Spirit” The Tsum Valley lies north east of Manaslu. The Manaslu Tsum Valley Trek is one of the lesser known trekking routes in Nepal. This trek takes one to the sacred pilgrimage valley of ‘Tsum’ located in the western Nepal part of Nepal called Gorkha. This Trek is quite similar to the Manaslu Circuit Trek and it can also be taken as a combination of both the treks as Manaslu Tsum Valley Trek explores some of the regions that are not touched by the two tracks. The valley is rich in ancient art, culture and religion. It adds a richly rewarding extension to the Manaslu trek.

Our Manaslu Tsum Valley Trek start and the end point is Aarughat, we take a scenic drive through the Middle Hills leading to the trailhead beyond Arughat at Soti Khola approximately seven hours drive away from Kathmandu. The first half of the trek ascends the BudhiGandaki Valley on good paths through a mix of dense forest, terraced fields and hill villages. As we leave the main Manaslu Trail for the Tsum valley, suddenly we get a feeling of truly entering into the hidden valley. While on the trek, we also pass through the alpine forests, glacial rivers, and enjoy the warm hospitality of ethnic people. Pass the lower BuriGandaki regions of Leiden, Machhakhola, Jagat and Philim. The trekkers will also have the opportunity to learn about the local culture and religion of the people. We will today be trekking through the last village in the Tsum Valley named the Nile at 3361 meters till Mu Gompa at 3700 meters of an altitude. This trail to Mu Gompa is used as the trail for import and export from Tibet with the help of yak for local villagers. Along the whole trek, you will get to know that this entire region is profoundly influenced by the Buddhist religion. You will also be observing this whole scenario during this trek. We can observe the spectacular sunrise through the Ganesh Himal. We now start descending from Gompa Lungdang until we reach Soti Khola. We now end our epic trek by reaching Arughat via Soti Khola from where we drive back to Kathmandu.

Manaslu and Tsum Valley Trek in this geographically extra spectacular and culturally most mesmerizing area, that rewards the trekkers to discover ultimate nature and cultural heritage and experience the mountain lifestyle in Tsum Valley and Manaslu. Normally the best months for this trek are September, October & November during the autumn season and after mid-March, April & May during the spring season. Come and join the team of Nepal Holiday Treks and Tours to trek through the off beaten paths of this blossoming and profound region with our experienced staffs. Truly a trek you won’t forget!

Our first day of trek heads to the north along Bodhi Gandaki River and we pass the villages of Santi Bazar, Arukhet and ascend towards Kyoropani near the confluence of Soti River- an ideal place to take a fresh water bath.

An hour from Soti Khola we pass by nice springs and small water fall where we can easily fool around for a while. And we shall encounter the first suspension bridge for the first time, and a beautiful Gurung village.

The track will be filled up with small to humongous water falls passing beside the Budhi Gandaki in between mighty mountains.

We shall be crossing the longest suspension bridge again and enter the beautiful village called “Phillim” And After Acap Checkpost.

On this day we shall have a steep hair-raising walk by the cliffs with the Budhi Gandaki river deep down with a good walk through the jungles full of black faced monkeys and beautiful green lush path ways.

Heading to Rachen Gompa we shall have a breath taking views of Ganesh and Manaslu mountains.

The views of the borders with Tibet and mountains all around are astounding.

Making rest and exploring the surrounding Gonpas, various artistic crafts and the living styles of the people around there.

Heading to Chokhang Paro we shall have a breath taking views of Ganesh and Manaslu mountains.

And we turn back making way to Pewa enjoying the trail as usual.

A last look up to Chum Valley, trek through bamboo forests, and continue in and out of the continuous wild canyons, many Mani walls, intricate quality carvings of various Buddhas in meditation incised in hard local stones are the main attraction here.

Entering a beautiful forests of Fir and Rhododendron with many birds, and a roaring narrow canyons below makes a day. And trail that climbs on well made stairs and different kind of housing with beautiful architectures, there lives the people all in traditional Tibetan gait up and children in chubas.

This trek takes us into the mountains with time to enjoy and acclimatize and the views of the Manaslu are stupendous. Here we enter the world of yaks, pastures, and houses which seem to have grown from the stones.

We can spend the day exploring surroundings like Birendra taal(lake), Buddhist monasteries, Samagaun, a big Tibetan cultured community and a site trip to Pun Gyen Gomba or Manaslu Base Camp and Day Hike.

A trek to Dharamsala with a picturesque village dedicated to yak herding and hills covered with blue sheep with an entrancing views.

The views are marvelous. A large herd of blue sheep called Tussock covers the hills and sometimes if we are lucky we get to see the amazing snow leopard too.

The trail crosses glacial stream and rhododendron forests on the way to Hampuk, Yak Kharka, Surti Khola and drop down to Goa(Gho) the first village since Samdo. And crossing Tiliche we descend to Dharapani.

Making through Kharte Khotro we take to Tal, ACAP check post and to our stop.

On this day we get to pass by many small villages and their way of living.

Making few hours of walk we get to Besi Sahar where we are taking our vehicle back to Kathmandu .

Not satisfied with this itinerary? Make your own.
Customize

Talk to our experts

Trips of the month 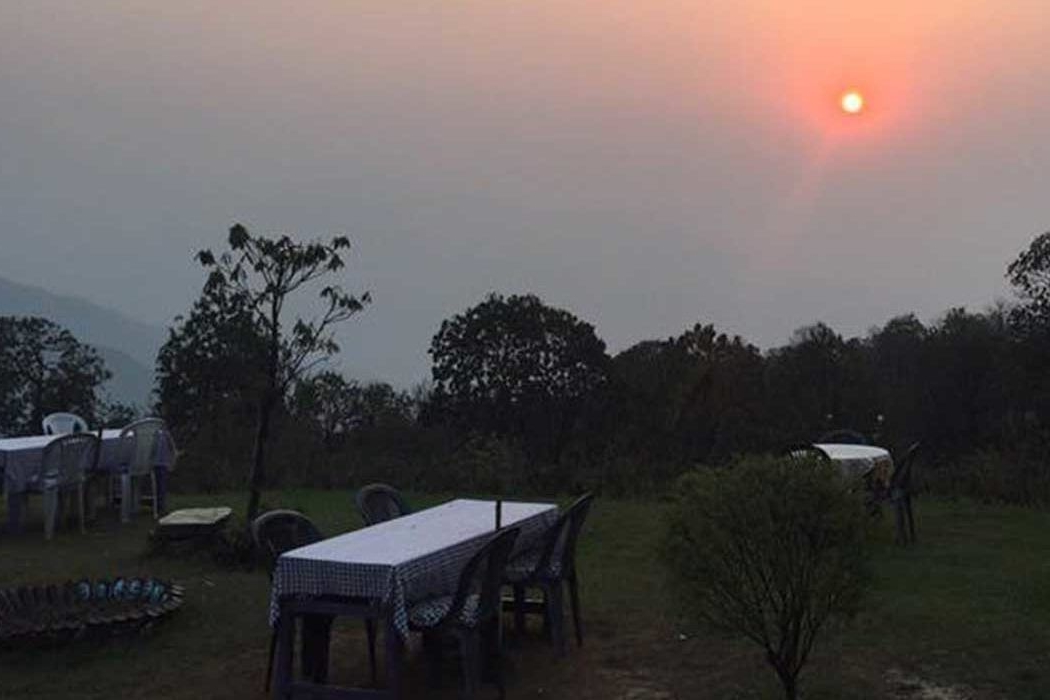 Chisapani Nagarkot Hike&nbsp;is one of the best hiking trail located outside the K... 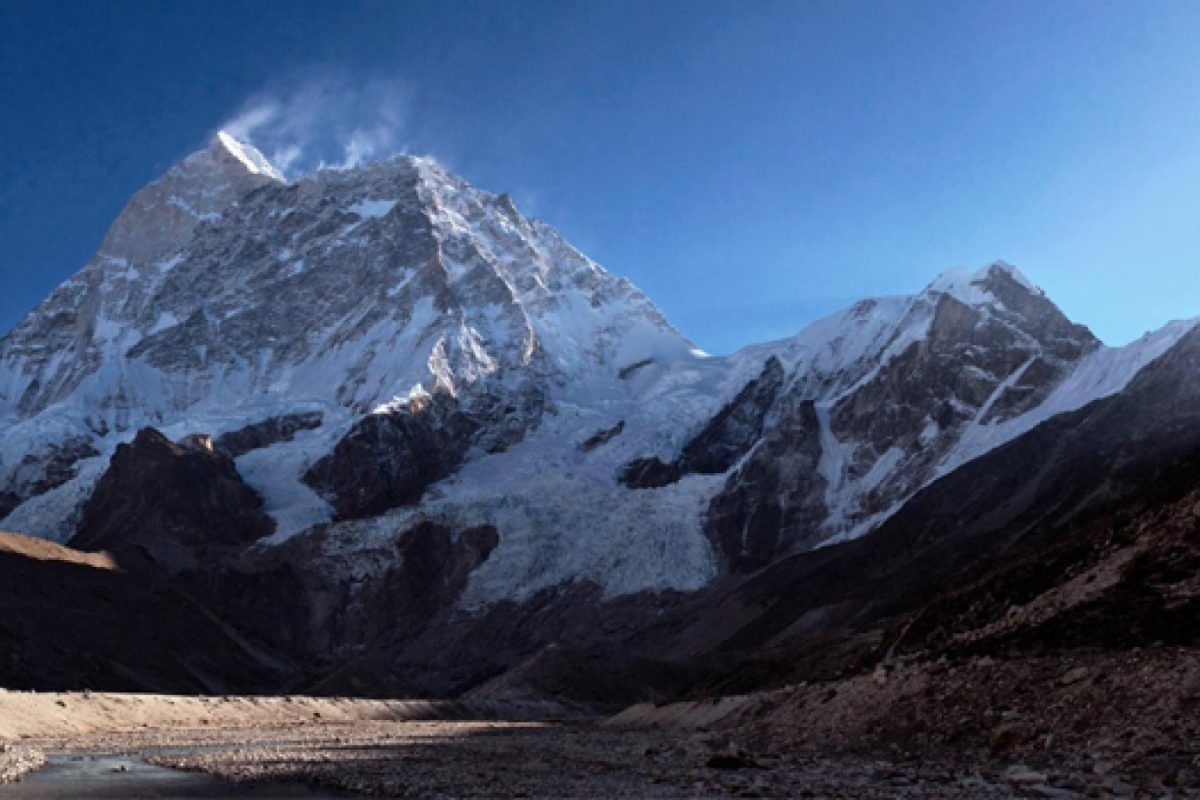 Makalu base camp trek is popular among the lovers of adventurous and strenuous tre... 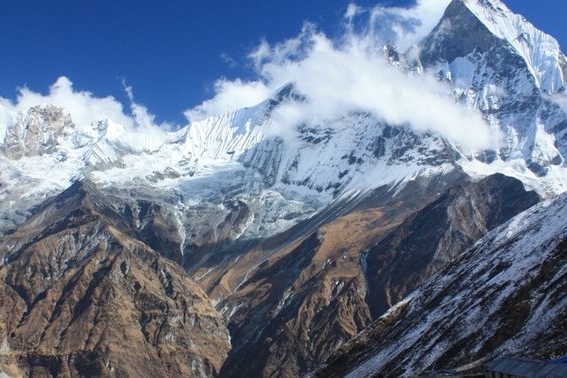 Britain’s Prince Charles has hiked through this route in 1980 to make it “Royal Tr... 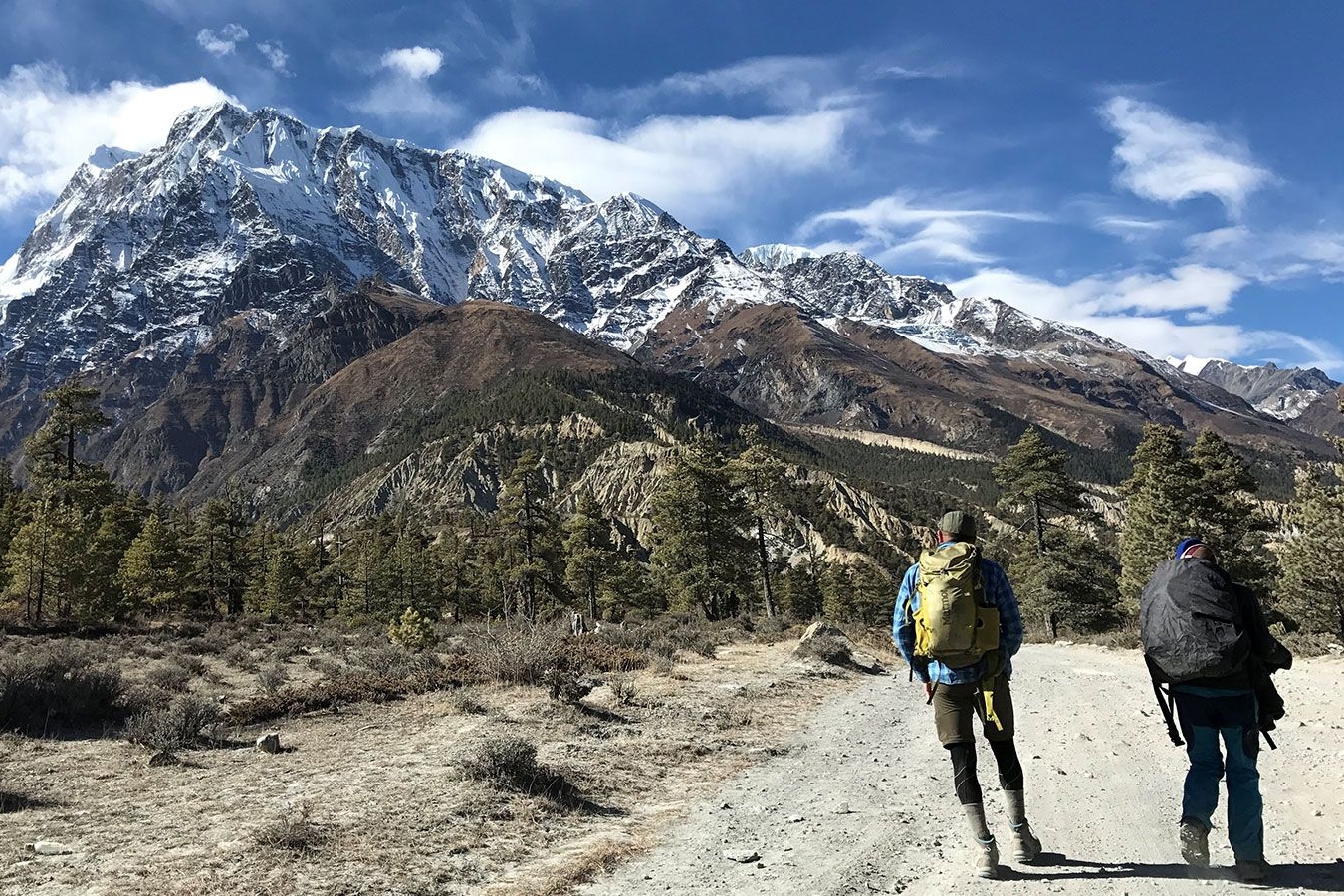 Annapurna Kali Gandaki &amp; Jomsom Trek is a proven paradise for the lovers of mo... Join our Newsletter and get special offer